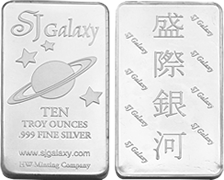 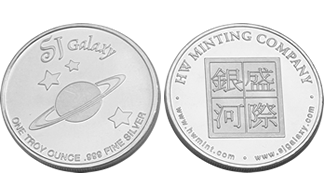 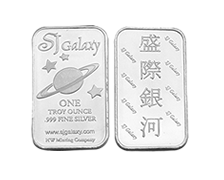 The Sun is personified in many mythologies: the Greeks called it Helios and the Romans called it Sol. The Sun is by far the largest object in the solar system. It contains more than 99.8% of the total mass of the Solar System (Jupiter contains most of the rest). It is often said that the Sun is an "ordinary" star. That's true in the sense that there are many others similar to it. But there are many smaller stars than larger ones; the Sun is in the top 10% by mass. The median size of stars in our galaxy is probably less than half the mass of the Sun. The Sun is, at present, about 70% hydrogen and 28% helium by mass everything else ("metals") amounts to less than 2%. This changes slowly over time as the Sun converts hydrogen to helium in its core.

Named after the Roman god of commerce, travel and thievery, Mercury is the closest planet to the Sun and the eighth largest. Mercury's existence has been known of since before the third century BC. The Greeks gave it two names, Apollo for when it appeared as a morning star and Hermes when it came as an evening star. Mercury has a large iron core which is most likely at least partially molten. The silicate outer shell is only 500 to 600 km thick.

Venus whose Greek equivalent was Aphrodite was the Roman goddess of love and beauty. It probably got its name from being the brightest object in the sky except for the Sun and the Moon. At one time, it was thought to be two separate bodies: the morning star (Eosphorus) and the evening star (Hesperus). It is the second planet from the Sun and the sixth largest.

Earth is the only planet whose name is not derived from Greek/Roman mythology. Earth comes from Old English and Germanic. In Roman Mythology, the goddess of the Earth was Tellus - the fertile soil, while the Greek goddess was Gaia, terra mater - Mother Earth. Mars - Named for the Roman god of War, Mars probably got this name due to its red color. It is sometimes referred to as the Red Planet. The name of the month March derives from Mars. Known since prehistoric times, Mars is still a favorite of choice for human exploration.

Greek: Ares is the god of War. The planet probably got this name due to its red color; Mars is sometimes referred to as the Red Planet. The Roman god Mars was a god of agriculture before becoming associated with the Greek Ares; those in favor of colonizing and terra-forming Mars may prefer this symbolism. The name of the month March derives from Mars. Mars has been known since prehistoric times, it has been extensively studied with ground-based observatories. But even very large telescopes find Mars a difficult target, it's just too small.

Named after the Roman god of agriculture, Saturn is the sixth planet in order of distance from the sun, and the second largest in the solar system. Its most usually thought of for its ring system. The Italian scientist, Galileo was the first to spot Saturn's rings in 1610, using one of the first telescopes.

When Uranus was first discovered in 1781 by William Herschel (brother to Caroline Herschel), he named it Georgium Sidus (Star of George) in honor of King George III of England. Later, astronomers changed the name to Uranus, for the ruler of Heaven and the Universe in Greek mythology. He was the father of Saturn and grandfather of Jupiter. Uranus is the seventh planet from the sun in our solar system. It is the third largest, by diameter.

The Roman god Neptune, whose Greek equivalent was Poseidon was the god of the sea. His namesake planet is the eighth planet from the Sun and the fourth largest (by diameter). It is smaller in diameter but larger in mass than Uranus.

Direct or outside U.S.: